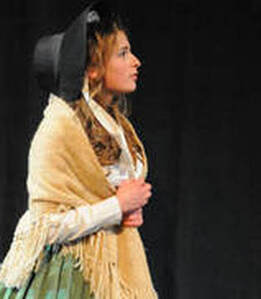 Like Alcott's book, the musical begins as budding writer Josephine March has her sisters act out one of the many of her dramatic tales. But, in the adaptation, Jo's story turns to song and all the stories from her vivid imagination come to life in a grand opening number: here is the evil queen battling with a valiant knight, a prince turned wolf surrounded by good fairies who free him from his curse, a puppet ballerina's strings are cut and she’s suddenly free to dance, etc. Each song in “A Musical Little Women” is written to enhance the inner hopes and fears of Jo, her sisters, her mother and all those they love.

"And even though there are men here who fight for different reasons here then mine,
And even though I suspect that God ain’t on their side, Either one of us - or both - can catch a bullet on the fly."
Music composed by David E. Chavéz
Concept and Libretto by Meredith Bean McMath

An award-winning historian and prize-winning playwright, McMath based the Norton opera around the unusual life of Union Soldier Oliver Wilcox Norton. The first Union Bugler to perform “Taps”, he later served as 1st Sergeant with the 8th US Colored Infantry Regiment and his extensive army records and letters home provided everything from battle descriptions to a detailed discussion had with a Loudoun County, Virginia slave woman. The opera's full libretto was based on other extant Civil War letters and documents, and there are times McMath's own Confederate relatives provided the southern soldier's point of view.

The opera was made possible in part by a grant from The Virginia Commission for the Arts and produced by The Loudoun Lyric Opera Company. Opera, The NORTON premiere featured opera singer Michael Forest in the role of Michael, and Jari Villanueva performing Taps. 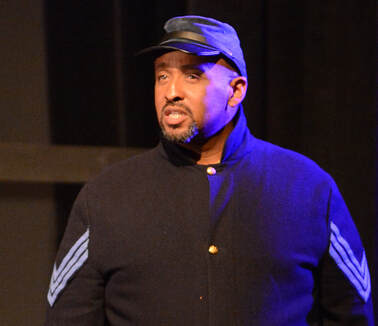 “At the end of the war, as Taps hauntingly plays once more, the ensemble leaves the audience with chills as they consider the war and its effects in You Live a Life.”
- “Norton: A Civil War Opera”, DC Metro Theatre Arts

ONCE UPON A CHRISTMAS CAROL 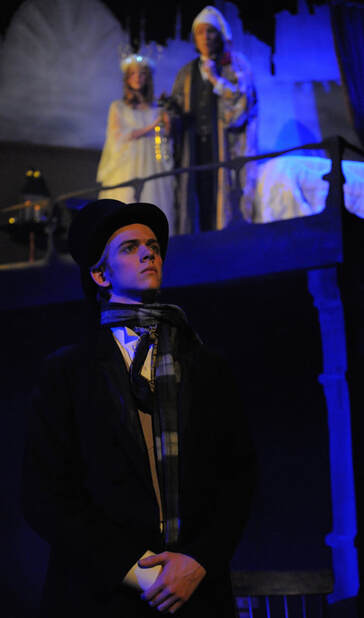 Molly Warndorf as Ghost of Christmas Past, Erickson as Scrooge, and Drew Hare as Young Scrooge
Music and Lyrics by Diane El-Shafey, Accompaniment by Carma Jones and book adaptation by Meredith Bean McMath

This unique adaptation was created to give modern audiences a stronger connection to Dickens’ tale, and, according to audience and critics’ response, they’ve succeeded.

“McMath, who adapted the classic Dickens novel for the stage, and Diane El-Shafey, who wrote the production’s original score, have surrounded Scrooge with all the teeming life that fills London... or any place with music — not just jingles that stick to the bottom of your shoe, but beautiful music that matters and makes sense."
- Mark Dewey, DC Metro Theatre Arts, 2012
- READ THE FULL REVIEW

From ghosts and evil scavengers to sweet love and loss, the turning points in Dickens’ tale are set with music that makes the moment unforgettable . Another aspect of this adaptation’s charm is the inclusion of bits of traditional 19th century songs, English parlor games and dances.

In short, Once Upon A CHRISTMAS CAROL enhances every charming - and frightening - feature of Dickens' "little ghost story”, keeping the audience on its toes and always wanting more. 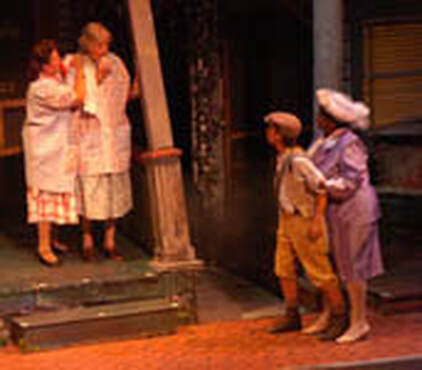 Concept and Music by Thomas Sweitzer,
Book by Meredith Bean McMath
Not available for rent

1944, Altoona, Pennsylvania...
America’s railroads are crucial to the war effort in Europe, and here in Altoona everyone works for "the Pennsy" - The Pennsylvania Railroad

Not far from the tracks stand four porches - four neighbors - uncomfortably close to one another: here is a widower and Railroad Foreman, Daniel Dunio, who has two young sons and way too many memories. Next door to him: Sharon McKenzie who's thinking of her husband stationed in Italy. When is he getting back, and how will she explain to him why she's taken in two foster children? And then there's Helen Tramonte, a waitress, now divorced with a young daughter, Jessica, who never speaks. Jessica’s silence is a mirror into the brutal past of her violent father... and a key to the deep distrust of men that her mother holds. And then there's the crowning glories of the neighborhood: spinsters Violet and Ethel Beck, both long retired from The Pennsy. Miss Ethel is meddlesome, but Miss Violet? ... she's something altogether different. Violet knows there are ghosts along those railroad tracks - ghosts and angels - that can help her neighbors heal in ways they’d never imagined.

This Musical drama, based on the World War II-era civilian history of Altoona, PA, has concept and music by Tom Sweitzer and book by Meredith Bean McMath, Directed by Tom Sweitzer for its premiere production at Hill Playhouse, Middleburg, VA and at The Mishler Regional Theatre in Altoona, PA and again at Middleburg, VA (1999 and 2005), Porches will once more be produced in August, 2018 at The Mishler Regional Theatre in Altoona, PA by the Blair County Arts Foundation to benefit the ongoing restoration of the Mishler Tehatre.

"If you are among the many people who like music but have never been to an opera because it has seemed too serious, this is a wonderful opportunity to hear what you have been missing. Romance gives the audience a chance to zero in on the amazing sound that operatic singers produce without being concerned about spending a couple of hours not understanding a story in Italian or French. The singing in Romance will astound you.

"Meredith Bean McMath has tied together the vocal pieces with a clever script, in English, echoing the musical theme of love..." - David Sackrider, Purcellville Gazette, August 2010 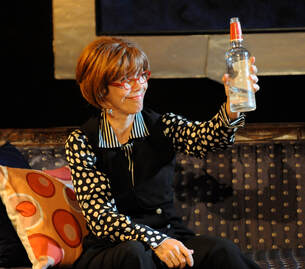 Nancy Purcell as Jackie, the Agent and Producer