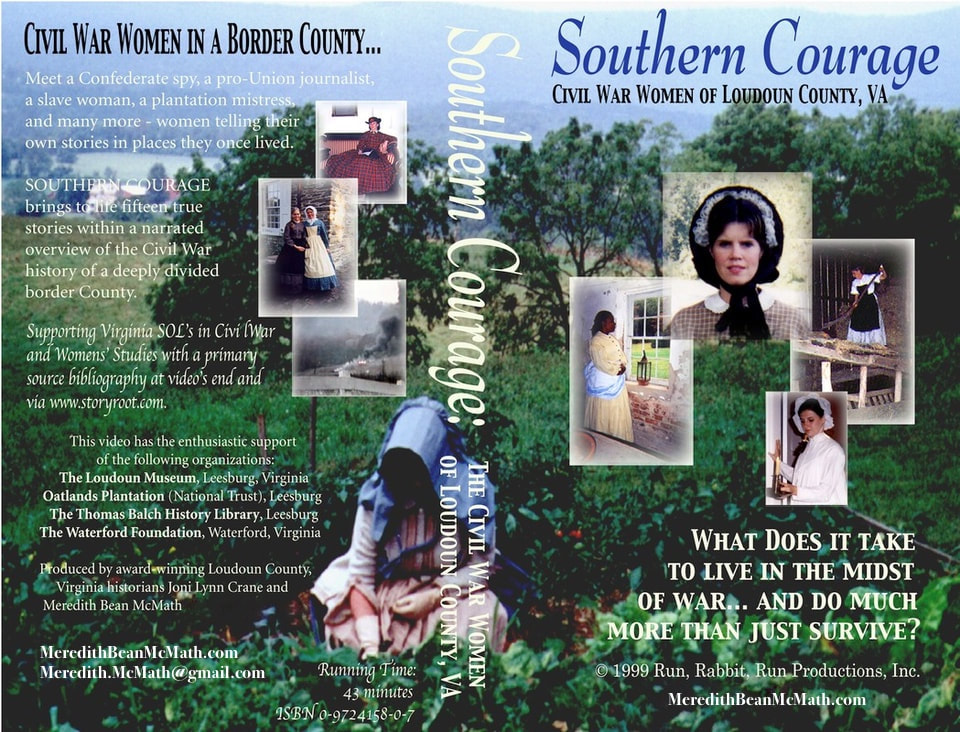 "No one who wants to understand the war should miss seeing it".
- Lewis Marshall Helm, Bigadier General, AUS (Retired)

Written and directed by McMath, the documentary presents 17 true accounts of Loudoun County women living in the midst of Civil War. The women speak to us in their own words - words taken from diaries, letters and accounts within a deeply divided Virginia county. A majority were pro-Confederate, but Loudoun also had a large, pacifist Quaker population, slaves and freedmen, an active Underground Railroad and one Union troop, The Loudoun Rangers (the only Union troop to ever form in Virginia). As McMath put it, "Loudoun County, Virginia was the Civil War writ small".

Meet Elizabeth Carter of Oatlands Plantation - the largest slave owner in Loudoun County, Lida and Lizzie Dutton who acted as conductors on the Underground Railroad and published a pro-Union newspaper to boost the morale of Union soldiers, a slave woman whose husband who'd been beaten and taken away to build the Confederate forts encircling Leesburg, a young woman assisting in an Army field hospital, a Confederate spy and many, many more.

"... what I found particularly arresting about this film was the emphasis on how the war progressed from the civilian experience - emphasizing this through the eyes of women, actual LOUDOUN women. I am unaware of anyone doing that to date." - Richard Gillespie, award-winning Loudoun County Historian

History Channel Documentary
HAVING A BALL: Costume, Etiquette and Dance in the Midst of the Rebellion 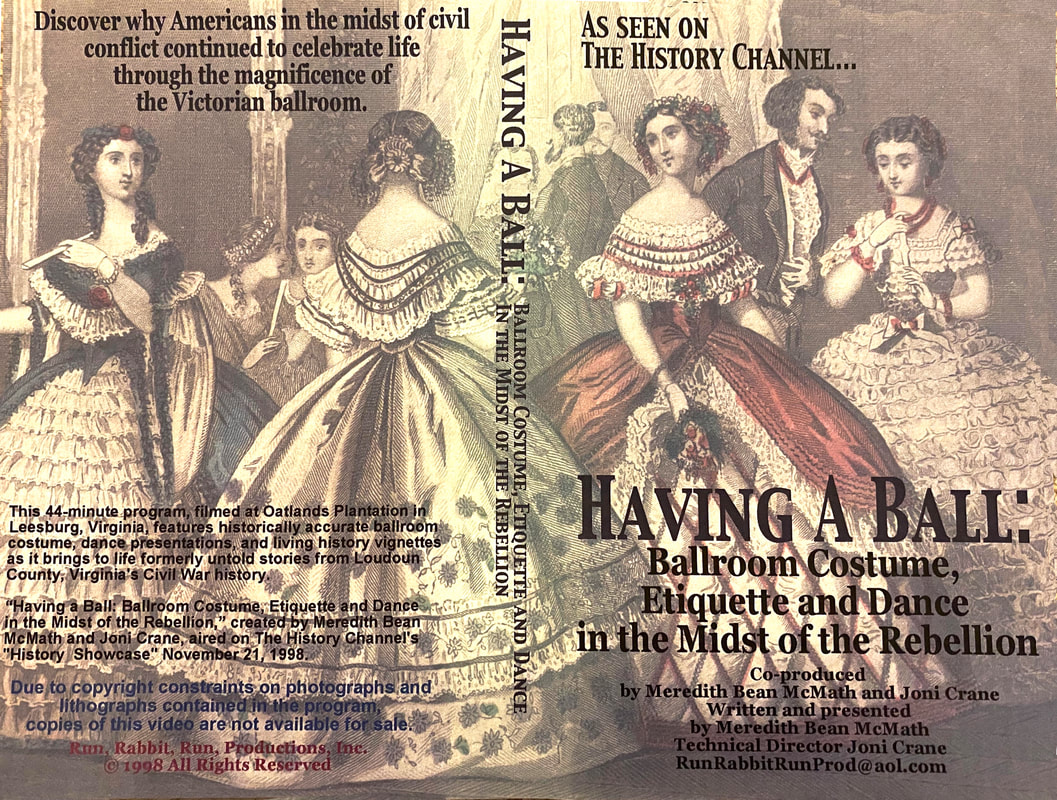 This documentary was written, produced and directed as the final presentation of Meredith McMath's Elizabeth Carter Lecture Series presented at The National Trust's Oatlands Plantation in Leesburg, Virginia. The Filming of Having a Ball then became the basis of the documentary submitted and accepted by The History Channel and aired several times in 1997.