Her works include original plays and adaptations, documentaries, the books for three musicals and the concept and libretto for an opera. Her freelance articles have appeared in The Washington Post Loudoun Extra, as well as Virginia Living and her living history plays and presentations have been commissioned by museums and preservation groups and which include The National Museum of American History, The Newseum and The National Trust's Oatlands Plantation. 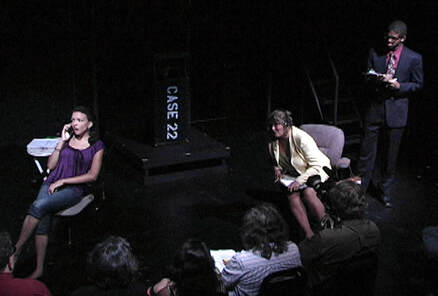 McMath's original drama, CASE 22, at the 2010 Capital Fringe Festival
McMath's production company, Run Rabbit Run, ceased large stage production work in 2019 and now focuses on bringing McMath’s original plays and adaptations, and the musicals she created with composers Diane El-Shafey and Asst. Composer Carma Jones to area theatre companies and script and musical competitions. won notice for the high quality of its productions, all of which McMath directed and produced.

As a playwright, McMath won first prize at the former Source Theatre in Washington, D.C for her ten-minute play Sticks and Stones, her play, Case 22 appeared at the 2010 Capital Fringe Festival to critical acclaim, and the team’s musical, Once Upon A Christmas Carol, was given “Best of 2012” by DC Metro Theatre Arts.

Her work as an Historian and Managing Director of Run Rabbit Run Productions, Inc., leads her to create high-impact programs that include educational living history productions and presentations, interactive lectures and lecture series, stage plays and documentaries. (*Co-founded with Joni Lynn Crane) 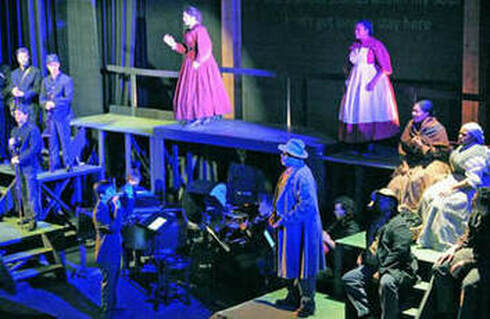 NORTON: A CIVIL WAR OPERA 2014 Premiere (Concept and Libretto by McMath. Music composed by David E. Chavez)
McMath uses her expertise to create reach and teach audiences in new ways, and her reputation for excellence has led to commissions from museums, preservation organizations, schools and libraries. 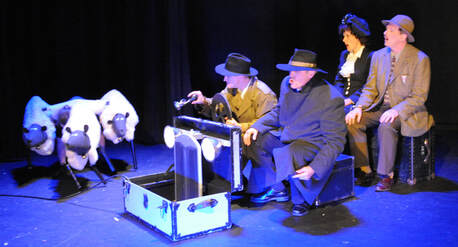 Run Rabbit Run Theatre's THE 39 STEPS, directed by McMath
Director and Producer,
2004 - present
Directed and staged over 45 dramas, comedies, musicals, Shakespeare plays and operas. A dozen of those were were for companies and organizations other than her own, but most of the productions and three history documentaries were directed and produced by McMath through her company, Run Rabbit Run Productions, Inc.

Speaker and Teacher (1979 - present)
​McMath has presented hundreds of talks and presentations on the topics of writing, history and theatre.

Her clients have included Civil War Round Tables, museums such as the Newseum and National Museum of American History, the Girl Scouts of America. Romance Writers of America, libraries, history and service organizations such as The Waterford Foundation and Lincoln Preservation Foundation, and public and private schools. Her most important lecture was her Elizabeth Carter Lecture Series presentation at Oatlands Plantation provided through Elderhostel. The lecture was videotaped to become "Having a Ball", which aired several times on the History Channel (see above).
​Publicist and Marketing Consultant, 1990 - present
Creates websites, marketing campaigns, graphics, press content and promotional strategies to enhance brand and sales. Former clients and affiliates include:
Public Program Director, Round Hill Arts Center, 2008-09
Managed all aspects of the nonprofit arts center’s activities, including the Gallery Gift Shop, exhibits, performances, workshops, classes and special events; secured artists and teachers, budgets and contracts; created, managed and evaluated all public programming; planned and coordinated effective PR campaigns and cost-benefit analyses that maximized the center’s potential, and worked with the staff and volunteers to implement changes which led to a marked increase in public participation and a doubling of tuition income.

Producer and Artistic Director of Aurora Studio Theatre, Inc.,
2004-08
This non-profit theatre company located in Loudoun County, Virginia, created high-quality community theatre work while raising thousands of dollars for organizations such as The Make a Wish Foundation and The Blue Ridge Hospice.