ROMANCE from BROADWAY to LINCOLN CENTER

The perfect musical opera for Valentines! 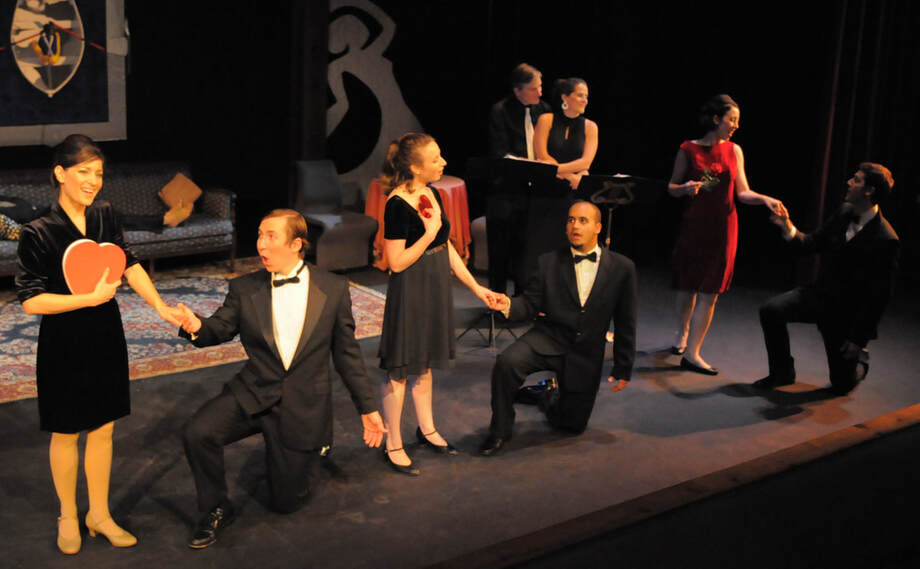 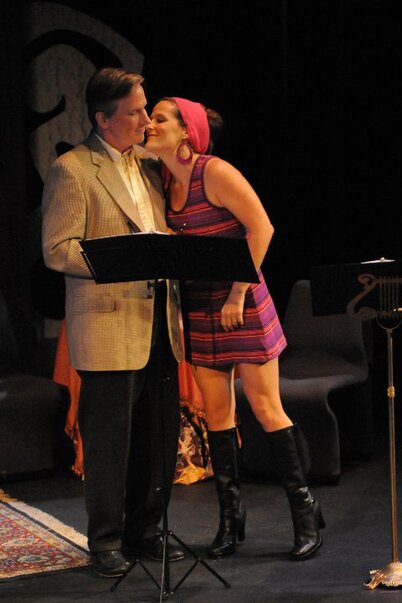 Phil Erickson and Penny Hauffe as Nelson and Jeanette
REVIEW
"If you are among the many people who like music but have never been to an opera because it has seemed too serious, this is a wonderful opportunity to hear what you have been missing. Romance gives the audience a chance to zero in on the amazing sound that operatic singers produce without being concerned about spending a couple of hours not understanding a story in Italian or French. The singing in Romance will astound you.
"Meredith Bean McMath has tied together the vocal pieces with a clever script, in English, echoing the musical theme of love..."
- David Sackrider
Purcellville Gazette, August 2010 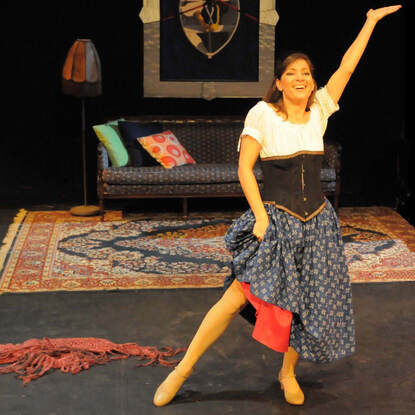 Kim Shahbazian as Mary, singing Bizet's "Habanera"
This light opera was written by McMath on behalf of The Loudoun Lyric Opera Company and uses public domain Broadway and Opera music to take you from Vaudeville to Grand Opera... with lots of merry stops along the way.

RUNNING TIME: 90 minutes
FOR PERFORMANCE RIGHTS AND SHEET MUSIC,  contact Meredith Bean McMath by emailing her at 571-209-7386,
Hi there!