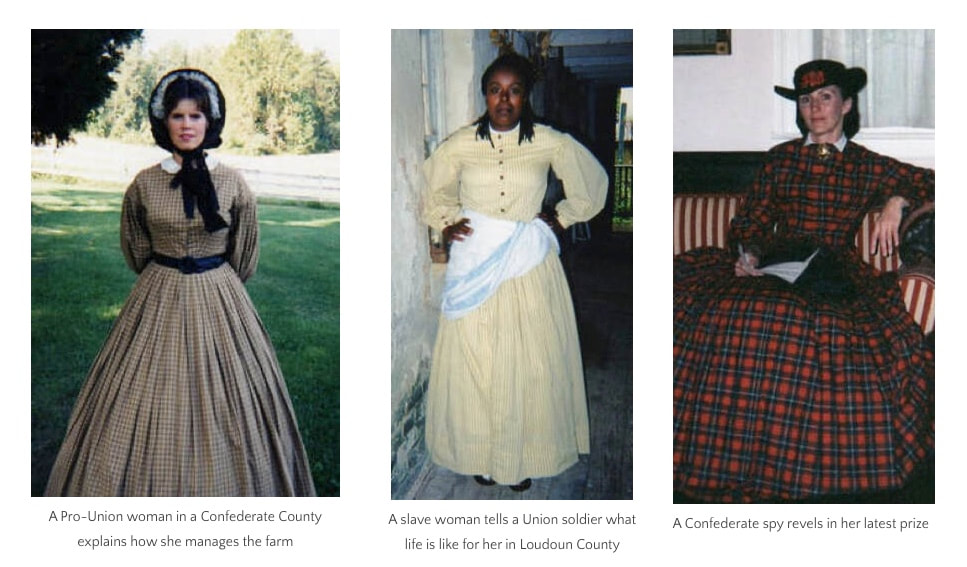 What was on the mind of a plantation mistress, a Confederate housewife, a field nurse or a Confederate spy? How does a Loudoun slave woman answer a Union soldier when asked what life was like for her and her children? Why would a young Quaker woman risk her life to publish an underground newspaper for Union soldiers? Was love possible in the midst of war? And what did Union and Confederate soldiers think of the women left behind?

TRUTH BE TOLD share a group of ​monologues taken directly from or based on Loudoun County, Virginia women's actual diaries and letters and other documents. They held strikingly modern perspectives and feelings on the subject of the war all around them. If wished, live or taped Civil War music can be used to enhance each moment of the play.

The first version of this One Act Play was written by McMath to celebrate the Loudoun Museum's 25th Anniversary and to support the Virginia Civil War high school curricula. It was filmed as a documentary called "Southern Courage" and is posted on YouTube. The documentary is longer and structured differently, but it does contain the monologues contained in the play (CLICK HERE TO VIEW THE YOUTUBE DOCUMENTARY - Warning: contains graphic scenes of blood).

Time Period: During the Civil War and after the peace is signed

For PERFORMANCE RIGHTS, contact Meredith Bean McMath via Run Rabbit Run Productions at RRRtheatre@gmail.com or by calling McMath at 571-209-7386.
Hi there!